The astronomical onset of spring is the vernal equinox, which this year occurred on Thursday 20 March 2014. The date is determined by the movements of the Earth and the sun, and occurs regardless of weather conditions anywhere on the planet. Some people look to plants for an indication of spring: the first day that a crocus pops up through the snow, or the first blossoms on a cherry tree. For me, I know that spring has sprung when certain birds show up in my world.

The first red-winged blackbirds make themselves heard in January, which is too early to be thinking about spring but at that point in the year it's nice to be reminded that the days are getting longer. The red-wingeds' calls are heard throughout February and March; it always makes me smile to hear them lekking. Some time in March I see the first barn swallows at the marine lab, and once they start plastering mud under the eaves I know that spring is here.

A few years ago the swallows chose a site sort of under a stairway to build their nest. They started plastering mud in a corner of the wall and constructed a neat little home in which to raise their young. That year they raised four babies successfully.

The parents were still feeding them, but the babies almost didn't fit into the nest anymore. It was so cute. I'd walk under them to get to the door and they'd all pivot their heads down to look at me.

The parents were pretty blase about people walking under their nest all day: 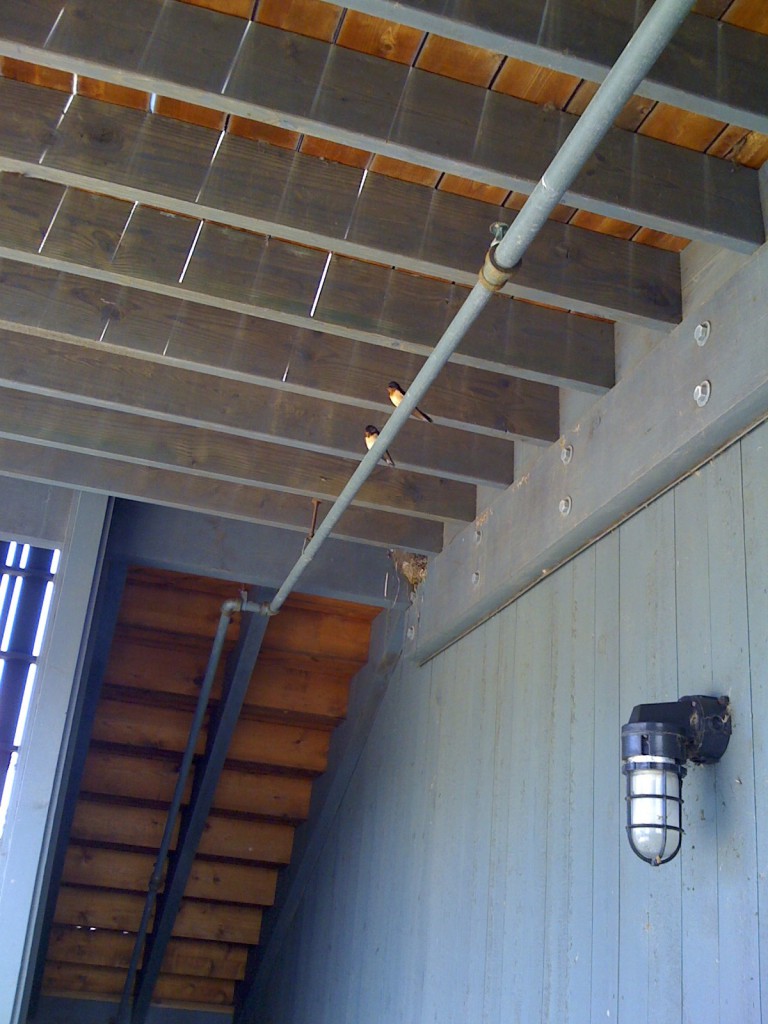 It was up to us to make sure we didn't get pooped on. Sometimes you'd have to dodge the splat.

Once the babies fledge and start feeding themselves, we get barn swallows swooping around the courtyard. They seem to be more active in the afternoons, when the wind picks up. They look like they're having so much fun, zooming around like miniature 737s.

I bet it's fun to be a swallow in the springtime.

1 thought on “True signs of spring”