For the past several years now I've been using various iterations of an Olympus point-and-shoot camera, mostly for field and lab work. My current version, which I've had for over a year now, is the TG-4, in which the 'T' stands for Tough. This camera really stands up to its name. I routinely clamber over slippery rocks in the intertidal with the camera dangling from my wrist, and it is pretty banged up already. Not a problem! It is also completely waterproof so in addition to knowing that it will take fantastic photos underwater, I don't have to dry my hands before using it! Plus, it fits easily into a side pocket of my daypack for hiking, although I usually just leave it looped around my wrist. This little camera also has a microscope setting that takes great macro shots, which I love. The one thing it doesn't do very well is line up with either of my real microscopes, but I have a gadget that aligns the camera on my phone with the microscope objective lenses so even that contingency is covered.

Lately I've been thinking that it's time to graduate up to a real grown-up camera, one that has interchangeable lenses for more versatility. I particularly want a camera that will take photos of the birds and other wildlife that my TG-4 doesn't allow me to get close enough for, as well as one for general use, travel, etc. I asked my Facebook friends for DSLR recommendations and the consensus is that Canon and Nikon have the best selection for photo quality, build quality, and lens options. I started digging through online reviews and quickly became overwhelmed with technical specs and jargon. Given that image quality is comparable for cameras in the same price range I decided that the most useful bits of information are (1) whether or not I can figure out how to make the dang thing do what I want it to do; and (2) will I want to carry it around so I can use it.

In early August I was up at Lake Tahoe for an extended weekend with family. A friend had suggested renting a camera at lensrentals.com, which was a great idea. I rented a Nikon D7200, the new addition to their advanced hobbyist line, and an 18-140mm lens for the weekend. I took a lot of pictures, trying the camera in different outdoor lighting conditions. I gotta say, the images coming out of this camera are really nice. I didn't alter anything about them, except to decrease the overall file size so the photos load more quickly.

First test: Photos of outdoor scenery. The atmosphere was hazy due to smoke from various wildfires in the greater area, so I had to go up to Carson Pass to get some blue sky.

Second test: Macro. I borrowed a macro lens from a friend who owns the Nikon D7100, just to fool around and see what happens. I took some macro shots of tree bark. Of course, any time you shoot macro you lose depth of field, which can look sort of cool in itself. 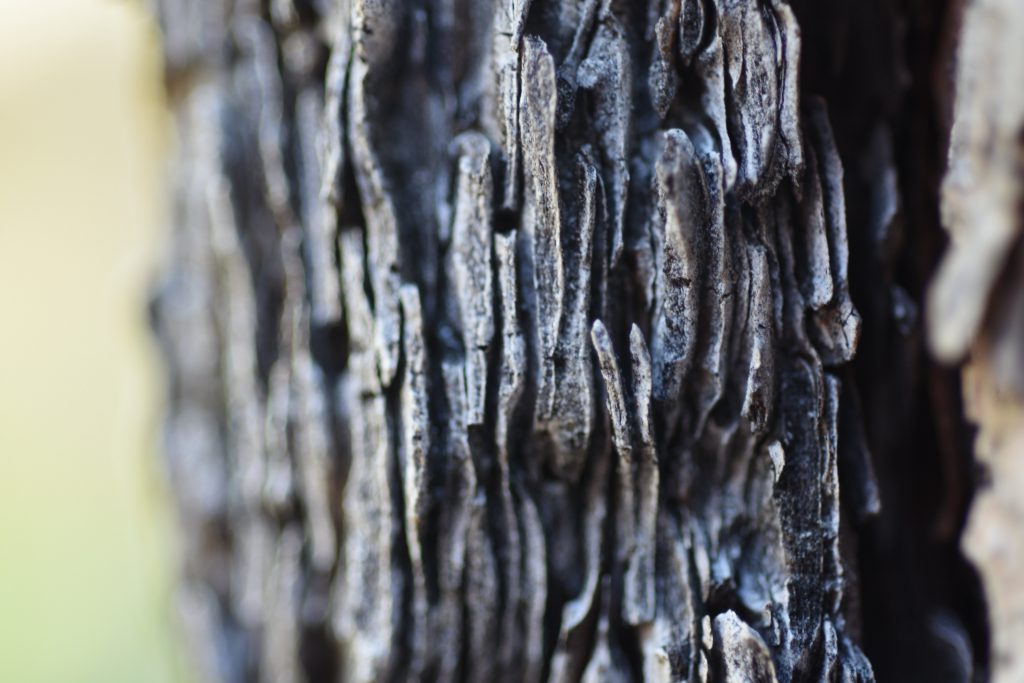 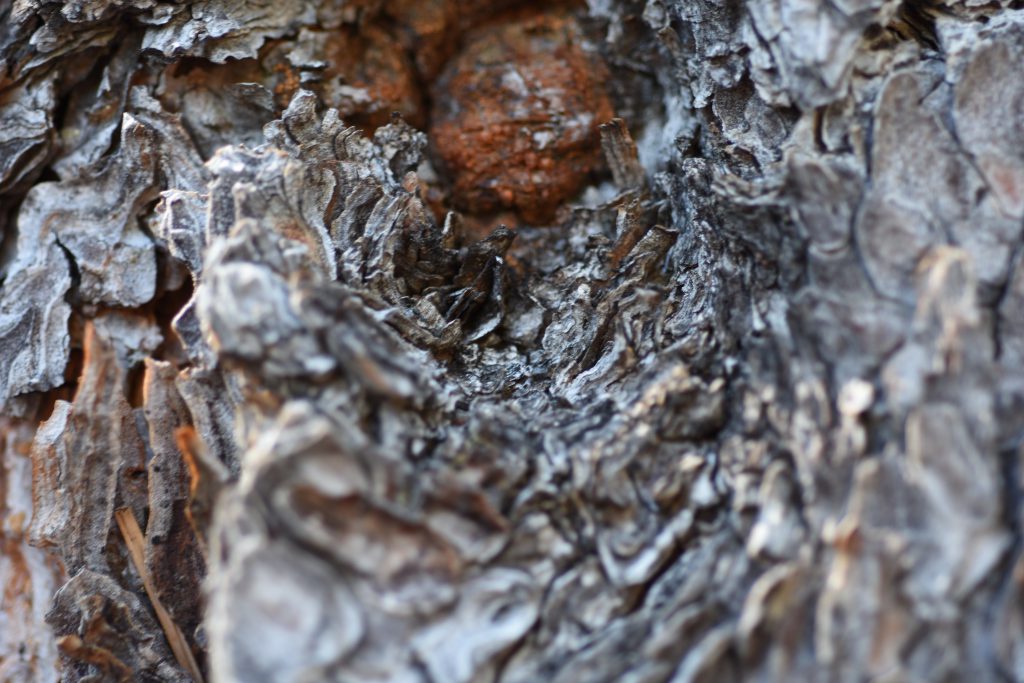 Test 3: Wildlife photography. I learned that for wildlife photography, the quality of the camera and lens has a HUGE effect on how the pictures look. I found that this Nikon was pretty responsive, which is important when the subject of the photo is active.

I have no idea if these rodents are squirrels or chipmunks. 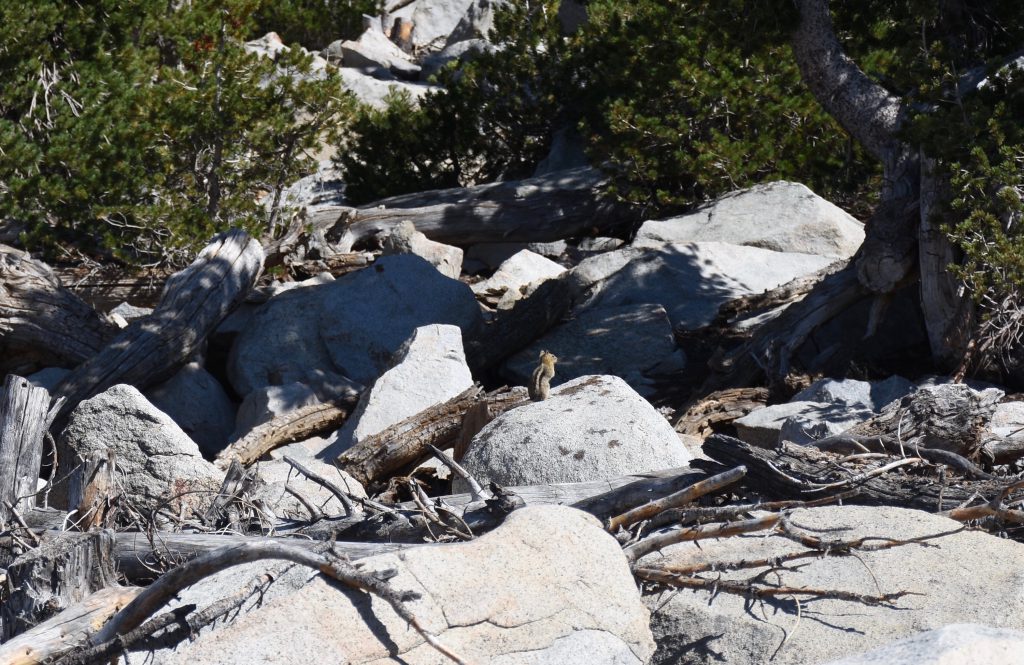 At Taylor Creek I took pictures of birds!

And using the digital zoom that the image quality allows, I get this:

But the best wildlife photo was taken at nightfall. We had gone out to Taylor Creek one evening to look for birds. It was almost full dark and we were about to leave when we saw a large grayish blob in a tree. Looking through binoculars we could see that it was clearly a creature of some kind, but we couldn't tell what. A large owl, getting ready to go out hunting? A roosting raptor?

Surprise! It was a mother porcupine nursing a baby.

This photo was the most impressive shot I got from this camera. Its performance in low light conditions was phenomenal. It was almost completely dark when I took this shot, but the exposure looks like it was taken during the day. Color me very impressed!