If I were the type of person to make and keep a bucket list, today I would have been able to cross off one item. For some reason until today I'd never managed to get to Ed Ricketts' Great Tidepool, even though I'd been several times to Point Pinos which is right around the corner. Today I had intended to do some collecting for a colleague back east, but it was just as well that those plans changed as I didn't find what I was supposed to collect. However, since I had blocked out the time I thought I might as well take advantage of the opportunity to scope out a new site.

Now that we're back in afternoon low tides, fighting darkness becomes a real problem. Today's low tide was at 16:28 and I had plenty of time to poke around and explore. Tomorrow I'm taking my class to the intertidal for an afternoon field trip, and on Wednesday I'll do some collecting of my own, almost literally racing against nightfall. Still, it was wonderful just to be out there again. 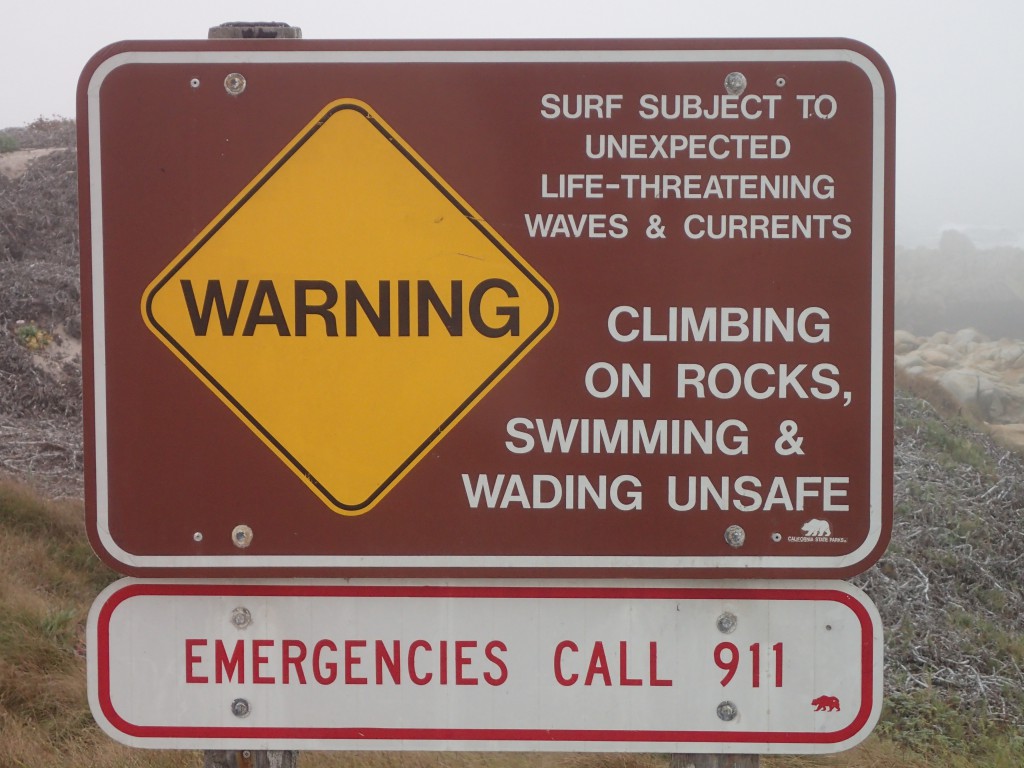 I'd heard about all the sea hares in the intertidal, and they were out in full force this afternoon. There were dozens of them, hanging out in ones and twos, either emersed or submerged just below the water line. They are big animals, about the size of a football, and silky soft to the touch.

The sea hares are herbivores, and they continued to munch on red algae even when completely emersed. At one point I accidentally either stepped on or kicked one, because suddenly the water around my feet started turning purple. I looked around for the culprit and found a large sea hare (almost half a meter long) heading towards the depth of a pool, oozing huge amounts of purple ink. And by "oozing" I really mean spewing. It looked like a volcano shooting lava into the water:

Color me impressed! Here's the animal that made all the ink:

It was a good day for molluscs. I saw a couple of these little chitons, Chaetopleura gemma. They are only about 1.5 cm long, and the ones I've seen in the field are orange, often with one of the valves an entirely different color.

And there were some other chitons, too. This is a beautiful specimen of Katharina tunicata:

In this species the girdle, the tough lateral edges of the mantle extend dorsally to nearly cover the eight plates on the back. They are one of the easiest chitons to identify in the field because of this feature.

And on my way out I saw a large (~7 cm) mossy chiton, Mopalia muscosa. These chitons can be fairly abundant at the sites I visit; every time I see one it's like meeting up with an old friend.

I find chitons very interesting, maybe because they can be quite abundant and yet are often overlooked. Many of them look not too different from the rocks they live on, and they don't exactly lead the most active lives when we see them. However, if we were to spy on them at high tide, I bet we'd see a lot more action from chitons. And maybe it's the very stillness of chitons that make them so easily foulable by other organisms. The Mopalia in the photo is host to a lot of spirorbids (tiny polychaete worms that live in spiral calcareous tubes) and various algae.

The Great Tidepool holds a special place in the hearts of marine biologists in the Monterey Bay region because it is where Ed Ricketts did much of his collecting and formulating the ideas that would become the field of marine ecology. He was a gifted writer and I find that his books convey not just his understanding of the rocky intertidal, but an affection for the animals that live there. Scientists are often assumed to be rather cold, dispassionate people; Ed Ricketts proved otherwise. If you've never read any of Ricketts' writings, I recommend Between Pacific Tides, as well as the memoir that he wrote with his friend John Steinbeck, Log from the Sea of Cortez.

I want to be Ed Ricketts when I grow up.

1 thought on “A pilgrimage, of sorts”